You are here: Home / Purcell Henry 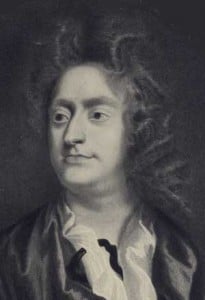 Henry Purcell is a British composer who was born on September 10, 1659 and died on November 21, 1695. He started as a chorister in the Chapel Royal, as a teenager, and he acquired other charges like tuner and copyist and became the appointed musician of King Charles II. After some troubles during the reign of Jacques II (1685-1689), who preferred Catholic musicians, Purcell took back his functions and got back some popular success with William III and Mary II of England. He is supposed to be the composer of the first Te Deum in English with orchestral accompaniment.