You are here: Home / Wolf Hugo 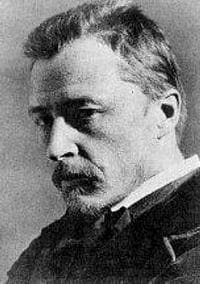 Hugo Wolf was born in Windischgraz, in Austria (currently Slovenjgradec, in Slovenia), on March 13, 1860, from a Slovenian mother and a German music lover father. He learnt the violin and the piano, and entered quickly the Vienna Conservatory. In addition to his composing activities, he gave private lessons, conducted occasionally and wrote critical column for a Viennese newspaper that he left in 1887. He enjoyed criticizing Johannes Brahms, which he called “Nordic snob”. He also took the defense of Franz Liszt, Wagner, or Frederic Chopin.

In the late 1880s, he started to publish a large number of successful Lieder (Möricke Lieder, Eichendorff Lieder, Goethe Lieder). Those compositions were considered “the new springtime of Lied” by criticism. However, his opera “Der Corregidor” had not the same success when it was first performed in 1896 in Mannheim.

From 1897, the symptoms of a nerve disease which had worried Wolf for years started to severely affect him. He started to be raving, thinking that he was Mahler or Wagner, or to be the Director of the Vienna Opera. Between two visits in specialized institutes, he even tried to commit suicide. He managed to work between his crises, but these rest periods became shorter and shorter and Wolf finally died on February 22, 1903.