You are here: Home / Verdi Guiseppe 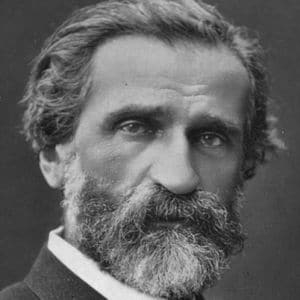 Guiseppe Verdi was born on October 10, 1813, nearby Parma, in Italy . His precocious talents enabled him to get a great reputation: at 9, he earned money as an organ player in his village. In 1838, his opera Oberto was a real success at la Scala de Milan, which ordered him other pieces. Even if he was not always successful (his opera Un giorno di regno was a failure), he became famous in Italy and in Europa. He died on January 27, 1901, in Milan.