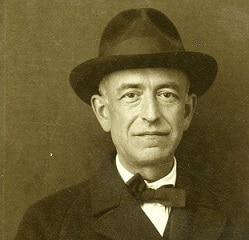 Manuel de Falla was born on november 23, 1874 in Cadix (Spain) and died on november 14, 1946 in Alta Gracia (Argentina). After having been taught the piano by small teachers, he became the student of José Tragó, which enabled him to attend the Royal Conservatoire of Madrid (1896-1898). He became friend with many musicians: Paul Dukas, Achille Claude Debussy, Maurice Ravel or Isaac Albéniz. His activity as a composer (El amor brujo, 1915; The Three-Cornered Hat, 1917) brought him a good reputation with them and the public. Thus, in 1931, he became a member of the new National Music Council. But after the Spanish Civil War, he went to Argentina, where he finished his life. He composed a lot of incidental and vocal music, chamber music and also music for piano.